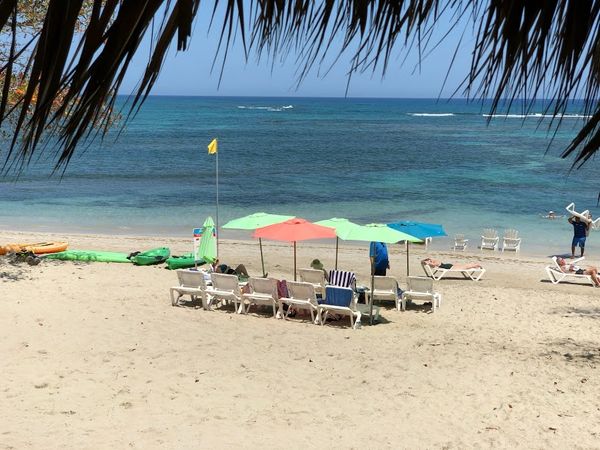 Sips at Sea or It's Not the Same Old Cruise

We just got back from a week aboard the Crown Princess and discovered some new and wonderful experiences since our last Princess cruise a few years ago. This cruise visited two ports, one in the Dominican Republic and the other in Turks and Caicos.  When you think of a Caribbean cruise, you think of sweet alcohol concoctions with pineapples and umbrellas, or at least I do. Those party drinks are not my favorite, although Neal has been know to drink one or two. There were two full days at sea, both of which would have been perfect for those party drinks. Instead, we got to experience two great winetasting events hosting by the ship’s matre d’ hotel and a wonderful member of the crew from Portugal who happens to own a vineyard there. He told us that when he is not working on the ship, he is a farmer.

At our first dinner at sea, shortly after leaving Port Everglades in Fort Lauderdale, a young man approached our table and asked if we might be interested in a wine tasting event being held the next day. He didn’t need to ask us twice. There was an additional charge for the tasting, but it included food pairings and five or six wines ranging in price from $12 to $128 a bottle. We sat at a table with six of our shipmates the following afternoon in the main dining room. The tasting was probably attended by more than 100 people. Each couple or pair got a tray of finger food, small round toasts topped with caviar, lobster, pate, smoked salmon, shrimp and cheese. If you know Neal at all, you know that I was lucky enough to get just about everything on that plate.

The wines we tried were really quite good. They included a Veuve Clicqout  Brut from France, Donnafugata Anthilia from Italy , Sauvignon Blanc and Cabernet Sauvignon from California, Chateauneuf du Pape,  and Luce Della Vite from Italy.  I’m on a bit of a sparkling wine and Champagne kick right now so I really appreciated starting off with the brut. I would have preferred a Sauvignon Blanc from New Zealand, but this one was quite good. The real surprise of the lot was the Luce Della Vite. I was not familiar with the wine and found it to be very unique, the tastes of licorice and anise were obvious.

After two days in two different ports, where we enjoyed Presidente Beer and Rum Punch (oh, and there were those rum shots, but that’s another story altogether), we were back a sea with another wine tasting opportunity. This one was a bit less expensive ($10 instead of the $25 for the previous event) and included the same number of wines with cheese and crackers as an accompaniment.

Our second tasting included a Pinot Gris from Oregon. As you can imagine, we felt very proud to have an Oregon wine showcased on this global stage. The other wines were Prosecco, another California Sauvignon Blanc, Shiraz from Australia and Vall Llach Embruix from Spain. The Embruix was my favorite, another wine I had not tried before. The finish was beautiful and left a hint of cacao on the palate.

In addition to these wine tastings, the ship has added a wine bar called Vines with a fairly extensive wine list and sushi. We started each evening there, wine for both of us, sushi for me. We brought our own wine with us for dinner, we just weren’t sure what to expect on the ship and were fortunate enough to find a Total Wine in Fort Lauderdale the night before we sailed. We got some great help in selecting an interesting variety of wines. The ship allows you to bring two bottles to drink in your stateroom at no charge and charges a $15 corking fee for bottles with dinner. It was worth it to us to have what we wanted at reasonable prices.

There were so many things about this trip that were memorable. Neal returned to the Dominican Republic more than 40 years after his last visit, we kayaked in stunningly blue water, turned off our phones for six days, slept the to movement of the ship and, of course, drank some glorious wines. We had such a great time we booked our next trip before we got off the ship.