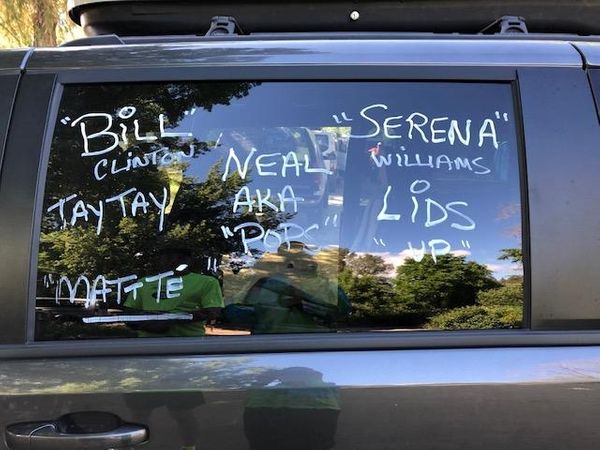 When two of my favorite worlds collide, it’s a most wonderful thing.

This is a story of running, sweating and Verdejo. Let’s go back several years to an event called The Wild Rogue Relay, a 218 -mile running relay race. The race starts on the shores of Applegate Lake in Jacksonville, Oregon and ends in Brookings, Oregon about 24 hours later. Each team has 12 members. Member runs three legs of various lengths over the 218 miles.  The team has two vans with six runners in each van that run six consecutive legs. So van 1 runs legs 1-6, van two runs legs 7-12 and so on. Our team members were called “Vannies” for future reference. When the two vans meet to exchange the baton, it’s called none other than the exchange point.

That exchange point was the first time I encountered Red Lily. No, she wasn’t a runner on our team or or a competing team, she was the Vineyard at the first exchange point. It was love at first sight, or I should say first taste. I arrived there in the van while a teammate was running her leg of the race. We pulled into Red Lily at around 11:00 AM and were greeted by at least 125 other vans also waiting for their runners.

The folks at Red Lily did a great job organizing this chaos. With so many runners and so many vans, it could have been wild, but instead it functioned like a well oiled machine. As we arrived, people directed us to parking and refreshments that included Dutch Bros. Coffee and assorted snacks.

We got situation and then I decided I should check this place out. After all, I was at a new winery and it was my duty to report to our faithful readers…or at least that is what I told my sweaty self. I headed to the tasting room, a beautiful Northwest inspired building with a large fireplace, seating and an invited tasting atmosphere.

I tasted a few of Red Lily’s exceptional varietals, then I texted my wife and told her that I sampled a varietal I had not heard of, Verdejo.  It is an uncommon, light bodied white wine that grows almost exclusively in Spain.  I know I didn’t run that far, so how did Verdejo end up in Southern Oregon? We will answer that in the next chapter of this story.

The property that Red Lily sits on is beautiful. The tasting room is spacious and inviting even for sweaty runners who just finished their leg of running. They have a beautiful outdoor tasting area  next to a stream with lounge chairs and tables to enjoy both wine and food.

Let me say for the record, this was a great experience even though I had many many miles to run. The main thing I didn’t like was I didn’t have enough time to spend there. I had a race to run. By the way, two bottles of Verdejo made it into my running bag for consumption later.

Red Lily Vineyards is located at 11777 Hwy. 238, Jacksonville OR. Red Lily wines are  available at restaurants throughout Oregon. Just visit Bitcork for a list of restaurants serving several of Red Lily’s best wines. Bitcork is sponsoring this post and others that focus on the wines and wineries they actively represent.